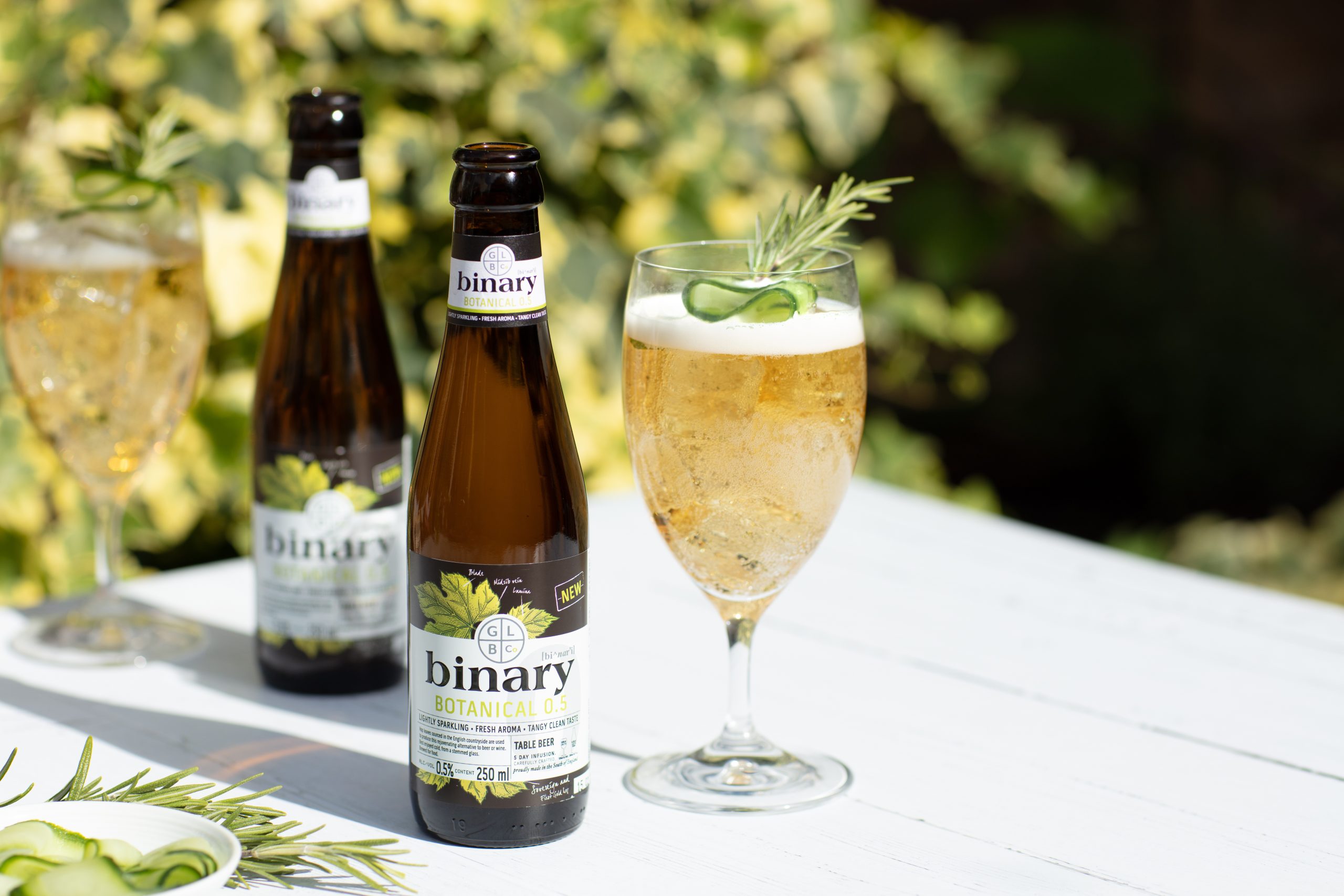 Binary Botanical is a sophisticated, light beer for those who would really rather be drinking wine

June 15 is national Beer Day in the UK so how do you honour the occasion if you’re not the biggest fan of beer. Surrey-founded Binary Botanical – a beer produced for wine lovers – may well have the answer.

With over 20 years’ experience in the brewing industry, Danielle Bekker, co-founder of Woking company Good Living Brewers, found there was a gap in the market for a beer that would pair well with food and appeal to women.

So, in 2018, she launched binary botanical – an aromatic, tangy beer made from organic hop leaves, which are usually thrown away at harvest. The product, which comes in a 4% abv and lighter 0.5% abv low alcohol version, is infused for five days with organic leaves from Sovereign and First Gold hop bines.

While hops impart a bitterness that isn’t for everyone, hop bine leaves add a unique flavour that combines the refreshment of an ice cold beer with the tropical notes of a crisp Sauvignon Blanc, the soft effervescence and tanginess of Prosecco, and finally something verdant and herbal that’s reminiscent of gin and tonic.

A different way of thinking

“We’re trying to get people to think differently about beer and recognise its versatility,” Danielle explains. “It’s not only a drink that’s for guys down at the pub. We want people to think they can drink it out of a wine glass; you can have it with a meal;  and use it in cocktails.

“We set out to create a new style of beer which would appeal to wine-lovers and people who think they don’t like beer. After months of development we have crafted a sophisticated lighter beer which is perfect with food and a great low alcohol cocktail mixer.”

Originally only available in a handful of Surrey off-licences and restaurants, earlier this year it launched in Harvey Nichols and it is now available from Ocado so you can get it delivered direct to your door.

Vegan friendly and gluten and sugar free, binary is perfect for pairing with food or making cocktails – try it in a stemmed glass with strawberries, mint and oranges and a dash of Grenadine as a refreshing alternative to Pimm’s.

Drink these English wines with your takeaway