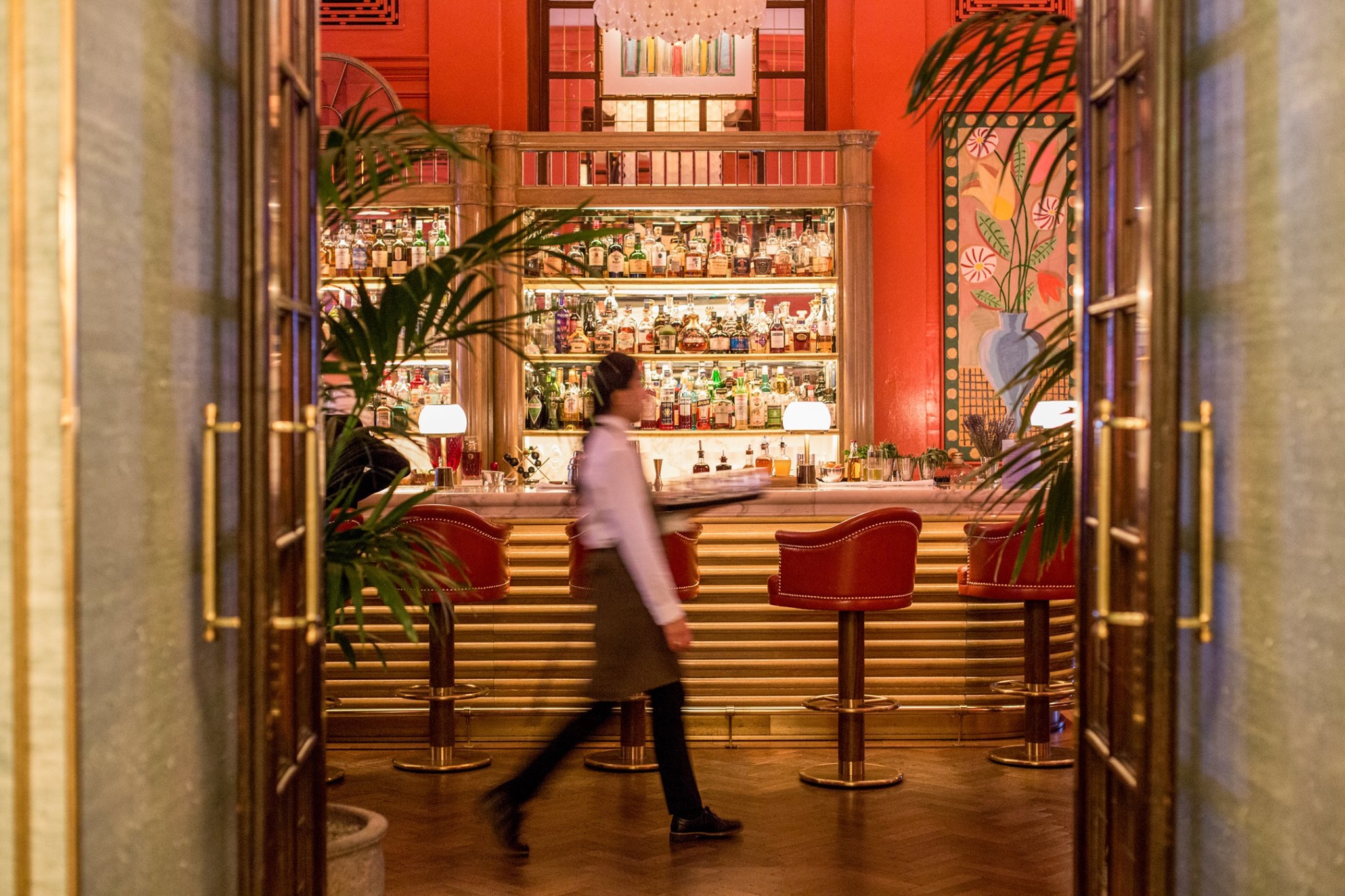 If you’re living in, or venturing into, the capital, here’s the best places for English wine

Our capital city may well be a little too built-up for vineyards but a number of London bars, restaurants and pop-ups are showing their support for our home-grown wine. These are some of our favourites.

The Nyetimber Terrace at Rosewood London

Bringing the charming surroundings of the Sussex Nyetimber Estate to the centre of London, this new outdoor dining space follows the success of the Secret Garden pop-up at the Holborn-based hotel last year.

Head to Rosewood’s historic Edwardian courtyard and experience Nyetimber’s prestige range of English sparkling wines by the glass or bottle. These include Nyetimber Classic Cuvee, Nyetimber Rosé and Nyetimber Cuvee Chérie, as well as the newly launched Classic Cuvee 2010 Magnum.

Situated in the heart of Bloomsbury, at The Bloomsbury Hotel, the aptly-named Coral Room is a vibrant grand salon bar designed by the acclaimed Martin Brudnizki.

As well as bringing a country house vibe to the city through its elegant décor, The Coral Room has an extensive English sparkling wine menu curated by Master of Wine Anne McHale.

The 35 English sparkling wines on offer are arranged by county so whether you fancy something from Buckinghamshire, Devon or Surrey, the’ve got you covered.

Boasting 50 sparkling wines from around the globe, Grays & Feather, in Covent Garden, describes itself as a mischievous wine parlour and speakeasy specialising in wines from smaller, lesser-known winemakers

These include English vineyards such as Court Garden in Ditchling and Henners in Herstmonceux – a small 7-acre vineyard created by ex-Formula One engineer, Lawrence Warr.

London might not have any vineyards to its name but it does have a winery. Tucked away down a little alleyway in SW6, London Cru is based in an old Victorian warehouse, which in a previous life was a gin distillery.

Owned by Cliff Roberson, London Cru opened in 2013 as the city’s first urban winery and for the past four years has been creating wines made from grapes exclusively sourced from English vineyards.

The winery is open for purchases of its award-winning wines between 9am and 5pm, Monday to Friday.

The wine list ranges from deliciously undervalued wines by the glass to hard-to-find gems from the world’s leading winemakers including a range of English sparkling wines from Digby, Hambledon, Tillingham and Wiston Estate vineyards.

Staycation 2021: The new vineyard hotel to check into this summer