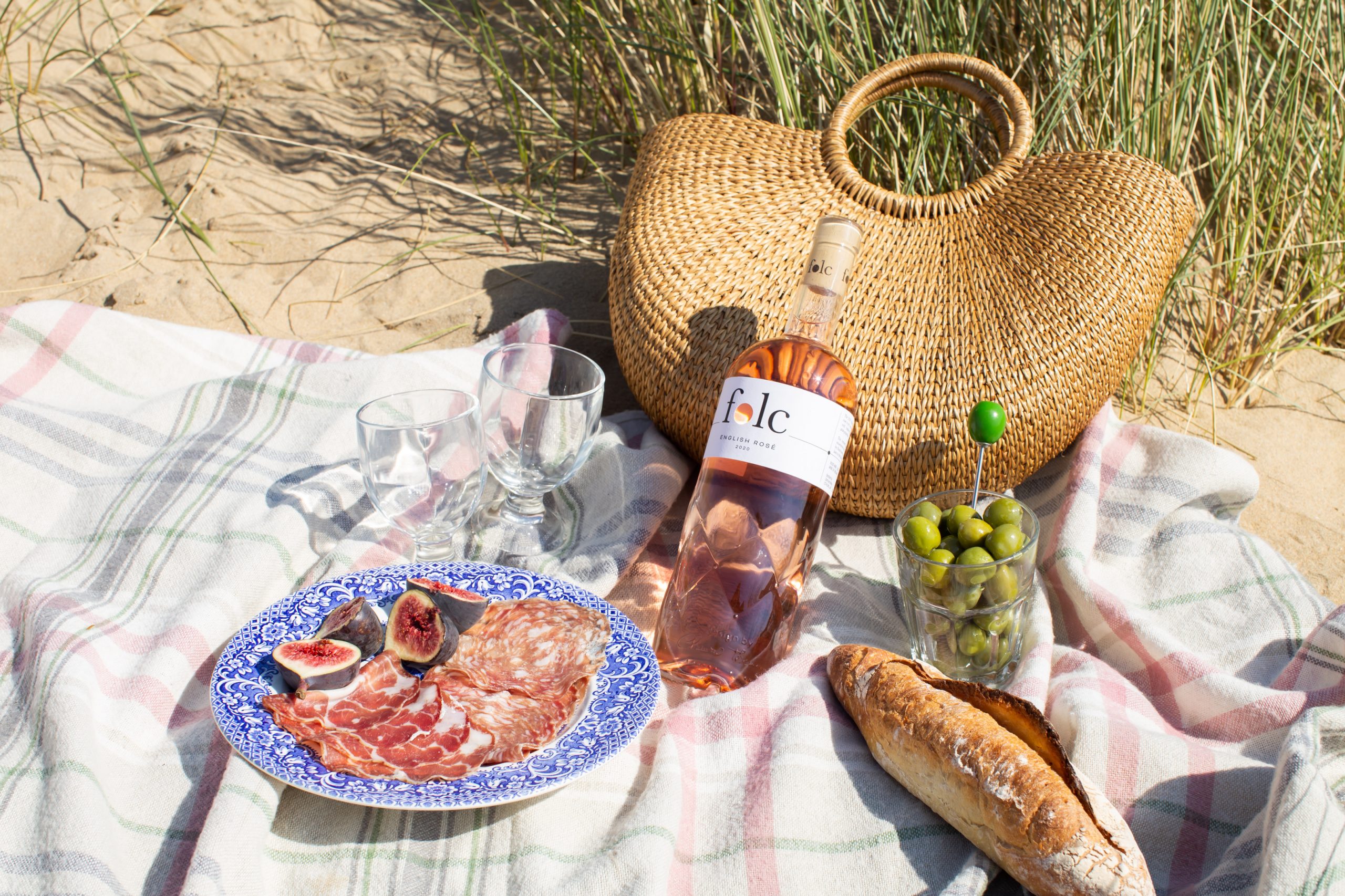 Bolney Wine Estate, also in West Sussex, may well be turning 50 next year but 2021 is a first for the vineyard as it releases its debut Chardonnay.

Chardonnay is a timeless variety but has gained a bit of a bad reputation. However, the new varieties being produced are made in a fresher, more fruit driven style compared to the heavily oaked styles of years gone by.

The cooler climate in the UK has resulted in Bolney’s Chardonnay 2020 (£24.99) retaining more apple and citrus characteristics than Chardonnay grapes grown in warmer climates.

It is a textured, crisp white with citrus, apricot and orange peel, finishing with creamy brioche and honey – and is the perfect choice for a chilled summer wine. Bring on the Chardonnay renaissance.

The team behind FOLC launched their first rosé to great acclaim right at the start of the first lockdown last year and their 2020 vintage looks to be just as popular.

Crafted by expert Kentish winemakers, sustainably focused and naturally vegan, this year’s release is a unique blend of seven different grape varieties including Pinot Noir, Pinot Meunier, Chardonnay, Bacchus, Reichensteiner, Schonburger and Dornfelder, which have all been sourced from family-run vineyards in Kent and East Sussex.

The highest scoring still English rosé in the country, it has vibrant aromas of wild raspberry, elderflower and pink grapefruit complemented by a palate of English strawberries & cream. It truly is like summer in a glass.

Also from Bolney, The Winemaker’s Edition (£18.99) is the first in a range of blended wines that will only be released when the opportunity is different and special.

This medium bodied red wine is made from 82% Rondo and 18% Pinot Noir and displays smoky, black pepper and dark cherry aromas with earthy notes of  blackberry and dark chocolate.

While summer might not seem like the time to crack open the red, this is a great wine to pair with BBQs.

Beckett’s Rosé 2016 (£37) is the first sparkling rosé from Kinsbrook Vineyard, which lies just outside West Chiltington, in West Sussex.

The wine enjoys hints of wild strawberries, lavender and redcurrant sherbet and is named after the Thomas á Becket rose bushes that are planted at the end of every row of vines in the vineyard.

“2020 will undoubtedly be remembered for its chaos and hardship; however, the wine from this vintage might just be some of the best ever produced in this country,” comments Joe.

If you’re not familiar with this style of wine, it’s a sparkling wine made in a similar way to prosecco (rather than the traditional way Champagne is made). West Sussex producer House Coren, has chosen to make its debut sparkling in this way and has named it Boco, after the old Sussex regional word for ‘lots of’.

The refreshing wine (£26/75cl) displays ripe pear, stone fruit and citrus on the nose with an additional hint of raspberry to taste. The bottle’s pretty cool too.

Simpsons in Kent has released its popular Chalklands Classic Cuvée 2017 in Magnum format.

The vineyard’s signature English sparkling wine has been created in the Classic Method style and spent 32 months ageing on its lees prior to disgorgement in January this year.

The epitome of English elegance, the wine (£65) is pale gold in colour, has an enticing caramelised pear and floral millefeuille nose with bright citrus flavours and an impressive length.

It’s a great wine for celebrating the freedom to gather with friends and family this summer and comes gift boxed so also makes a fab gift.

After more than five years of expert planning and growing, Yotes Court vineyard, situated on the outskirts of picturesque Mereworth, Kent, is launching its own range of sustainable wines.

The vineyard has been growing grapes for award-winning Chapel Down since 2016 but this is the first wines released under its own name.

Yotes Court is one of the first British producers to formally achieve recognition for its sustainable credentials, receiving the Sustainable Wines of Great Britain (SWGB) certification and its Best Turned Out Pinot Meunier Rosé,  picked up this year’s Newcomer Award from Wine GB.

The debut collection also includes two different styles of Bacchus – On the Bridle (£15) and On the Nod (£16) and the Hands and Heels Pinot Gris (£17).