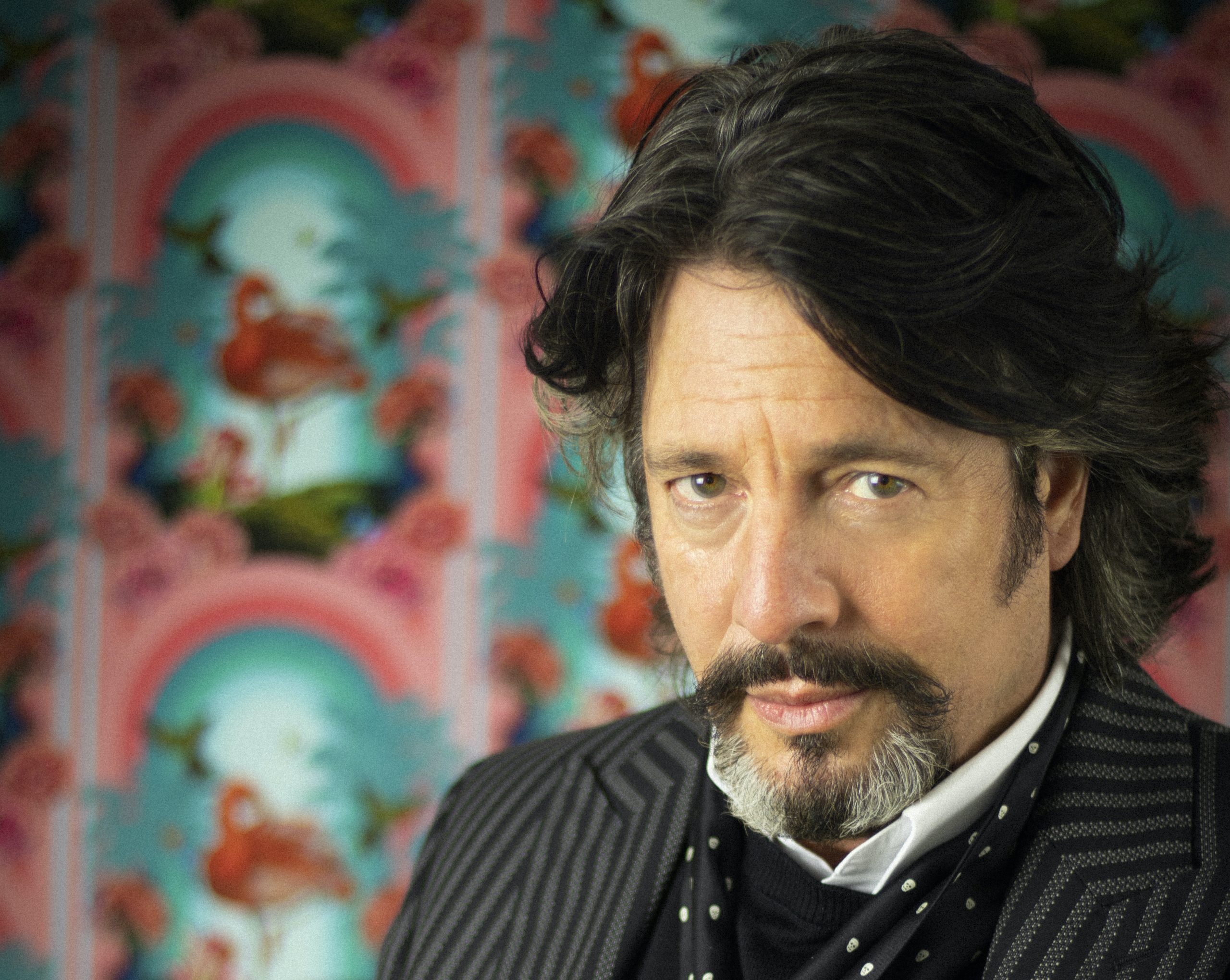 When celebrity interior designer Laurence Llewelyn-Bowen returned to our screens last year for the reboot of Changing Rooms, little did the founders of The Flamboyant Wine Company know that, within less than a year, he would be the face of their canned wines.

The Flamboyant Wine Company is the brainchild of Karen Wheeler, Lynsey Denness, Hugh Goldsworthy and Jonathan West, who were forced to pivot their agricultural events company, Grapevine, during the pandemic.

“When we were bored during lockdown having had all out events wiped out, our minds began to wander,” says Karen. “Canned wine was something we’d been following for a while and so we decided to give it a go and produced our first English rosé fizz last summer.”

They settled on a flamingo as their brand logo and from there, the name The Flamboyant Wine Company was born (Flamboyance being the collective noun for flamingos). But it was quite by chance that the collaboration with Laurence Llewelyn-Bowen.

“I was scrolling through his Instagram, admiring pictures of some flamingo wallpaper and off the cuff just decided to direct message him pointing out the similarity with our brand and could we perhaps do something on social media together,” explains Karen. “His commercial director, replied and said, ‘I think we can do a bit better than that’ and invited us to Cirencester for a meeting, where Laurence agreed to design the label for our next wine.”

The Pink Flamingo Racy Rosé is a blend made predominantly from Bacchus and Rondo grapes grown and harvested in England, the ideal go-to for picnics or parties and according to Laurence, “The most glamorous way to turn your handbag into a wine cellar”.

The limited edition LLB-designed cans are available in cases of six from theflamoyant.co.uk for £30.

The Flamboyant Wine Company will be popping up at events across the South East this year, including at The Maidstoen Foodie Festival at Mote Park from June 24th to 26th and at the RHS Hampton Court Flower Show from July 4th to 9th.

3 more English wines in a can to try

This blend of seven Kentish grape varieties from Hush Heath Wine Estate in Kent has been produced using trail blazing methodology unlike anything else used in English wine.

The Uncommon white and rosé bubbly and spritzers

The Uncommon’s English sparkling wines in a can come in four varieties; a white and rosé bubbly and a white and rosé spritzer. Sustainably made from grapes grown in Kent, Hampshire and Surrey, the wines are available in single cans from Waitrose and Selfridges, and in gift packs direct.

This spritzer is made from the Rondo grape but Bristol-based allotment vineyard Nania’s and features a touch of raspberry shrub from our friends at the Bristol Syrup Company. Nania’s has also been successful in crowdfunding to produce three new wines set for release later this year, the Egland’s first orange wine and Pinot Noir in a can and an Elderflower spritzer.

These are the English wines you should be buying