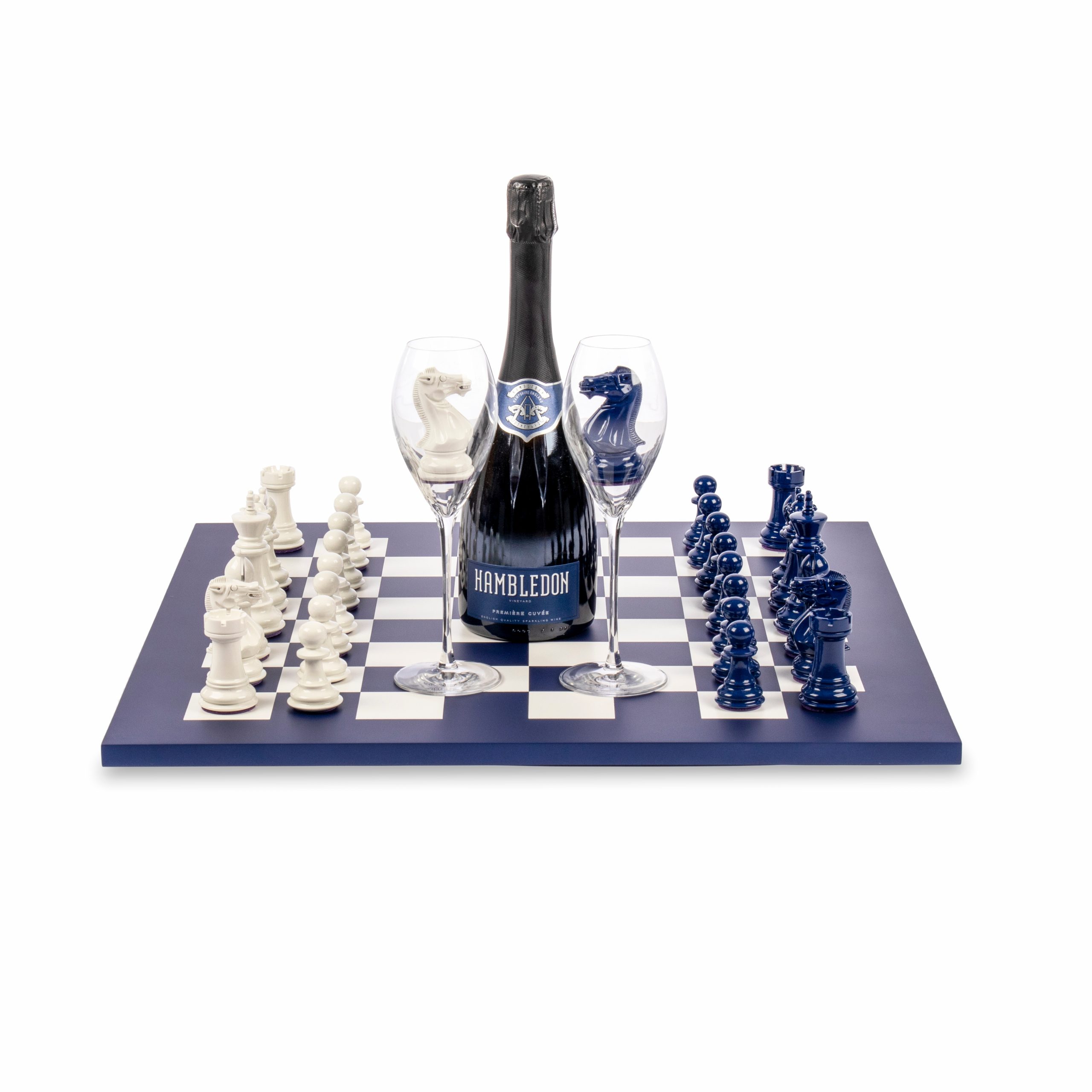 When deciding what to do to mark the 70th anniversary of England’s oldest commercial vineyard, in the same year as Queen Elizabeth II celebrates her Platinum Jubilee, owners Ian and Anna Kellett had a number of options.

Releasing a special anniversary edition Hambledon Première Cuvée was the obvious choice but the couple also decided to partner with another prestigious British brand, Purling, to produce an exclusive Anniversary Edition chess set.

The collaboration was embarked upon as a tribute to the British art of living, craftsmanship and creativity, while reaffirming the shared values of two iconic family-owned companies that share a major milestone this year as Purling celebrates a decade bringing people together with its exceptional handcrafted chess boards.

“Hambledon Vineyard has always nurtured this precious link to our Queen’s reign and to the British culture,” explains Ian Kellett, who acquired the vineyard in 1999.

“Having led the way of the great awakening of English wine, we feel honoured to share not just a jubilee with Her Majesty’s Coronation, but that sense of needing to protect the best of the past whilst improving it for the future. Collaborating with such a prestigious British house as Purling seemed only natural as we share the same values, aim at bringing people together.”

“Our Purling ethos has always been to champion the traditional, combining exciting components to help our clients to ‘make time to play’,” says Purling managing director Scott Collins. “The energy and effervescence that Hambledon adds ensures this special Platinum anniversary set really bursts to life.“

Just 20 of these exclusive sets, which also include a bottle of Hambledon Première Cuvée “Anniversary Edition” in a gift box, along with two  Hambledon Vineyard glasses, will be released this October via the Hambledon website priced at £5,000.

The English sparkling wine and seafood festival to book this year